Other than by the explosive numbers of baby births arriving in the immediate post war period, Baby Boomers would continue to make their presence felt around the world, with the development of post WW2 culture, through sheer force of numerical strength.

By the 1960s Boomers were beginning to become teenagers and young adults in huge numbers. It was perhaps inevitable that with a new sense of freedom, prosperity and peace a round the world that as this population grew from baby to adolescent it would make its presence known in more ways than just volume.

This post is Part One of the story, of the rise and development of popular Boomer 1950s 1960s culture……

The 1950s and 1960s, gave rise to a new, and more carefree, generation of youth who, with the onset of post-war peace, 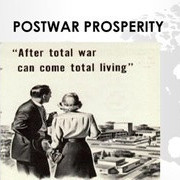 and a fast growing world economy, now had more discretionary spending power, while enjoying much improved levels of material possession and comfort, than had any generation before them. This of course allowed more time and money for leisure activities and it gave rise to the demand and consumption of popular culture.

The Rock and Roll Influence

Rock and roll, was having a massive influence on the changing post-war culture. This new, some at that time would have said, rebellious style of music, drew its influence, and inspiration, from the well-established sub culture of African American blues. It drew a following from the younger generation, because it embraced those themes, of young love and rebellion against authority, which were then popular, particularly amongst increasingly aware teenagers. The rise of home televisions sets started to provide competition with cinema, for young audiences seeking popular entertainment.

The Boomers Make Their Presence Felt 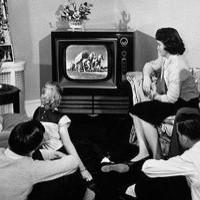 As the largest single generation in history, at that time and indeed until the millennials came along, the baby boomers were having a tremendous effect on popular culture, thanks to their sheer numbers. As early as the late 1940s, clued-up marketers had already begun to set their sights on, and make plans to, target the baby boomers as a key commercial demographic. Product and entertain emend marketing became increasingly geared to the needs and interests of the burgeoning boomers. 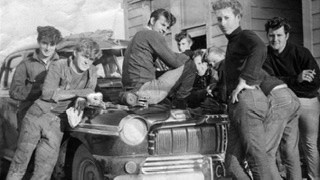 As a result baby boomers also began to develop a generational consciousness that just would not have occurred to previous teenage and young adult generations. Definition and redefinition of their identities was experimented with dynamically in a myriad of ways. As mentioned earlier, rock and roll, became a reflection of the boomer’s need to actively rebel against their ‘square’ adults’ authority. Meanwhile, movies and television still sought, in the 50’s, to entertain, but while attempting to reinforce the traditional values of religious faith, patriotism, and the need to conform to society’s norms.

The Origin of Rock and Roll

It was in the mid to late 1940s, that a number of Caucasian country musicians began by experimenting with blues rhythms, which was by then, decades-old musical style favoured by rural African Americans in the southern states of the USA. This over time evolved into a musical style which became rockabilly. As the 1950s, rolled through rockabilly had transformed into what we now know as rock and roll known for celebrating themes of young love, freedom from middle-class oppression and rebelling against traditional authority. 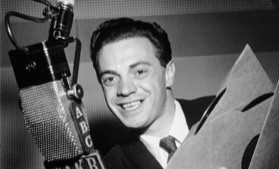 Disc jockey Alan Freed was very instrumental in his role of popularising this music and these themes, with the teenage population of the 1950s, by playing the music on Cleveland radio. Freed is also credited with the organisation of the first rock and roll concert. He would later spread this musical influence further by taking it to New York.

The Rise of Rock and Roll 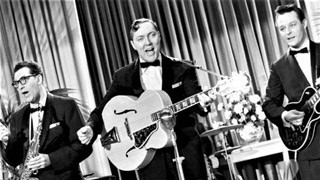 Rock Around The Clock

As already stated, rebellion against authority was an ever present theme in rock and roll songs, and as such, it exerted rebellious teenage appeal. In 1954, Bill Haley and His Comets, a progressive rock and roll band delivered the youth rebellion anthem ”Rock Around the Clock.”

This, now iconic song, made famous by the 1955 movie, ‘Blackboard Jungle’ which tells the story of a white teacher at a troubled inner-city high school, was generally viewed as a group of rebellious teens seeking to declare their independence from traditional adult control.

Haley was successful in proving how to take musical themes. And rhythms from African American musicians and apply them to achieve mainstream commercial success. Elvis Presley raced to stardom close on the heels of Haley by doing the 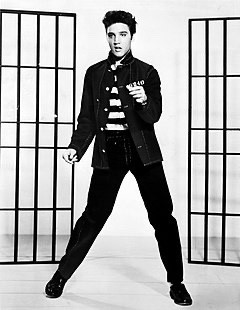 same. So as well as fuelling the youthful movement of cultural rebellion, rock and roll acted to begin the dismantling of traditional colour barriers present at that time in popular culture. White Youth began increasingly to follow the African American musicians, like Chuck Berry and Little Richard, in huge, and growing, numbers.

Elvis captured teen imagination and positively scared and scandalised the adults of the day with suggestive lyrics and provocative dance moves.

While youth flocked to the music of rock and roll, as an avenue to express their teenage angst feelings and concerns, their parents had considerably less enthusiasm for the genre, being genuinely worried about the associated manifesto of rebellion and sexuality. It was generally regarded as a serious and dangerous threat to the traditional values of the pre-war generations.

When appearing on The Ed Sullivan Show, a then popular US TV variety show, the camera famously avoided any angle that would show the performers swiveling hips and legs shaking in time with the music, but instead kept a steady angle on Presley’s upper torso.

Adult disapproval of rock and roll music may well have made it more popular with their rebellious offspring leading to over 68 percent of music played on radio in 1956 being rock and roll. It was clearly here to stay! 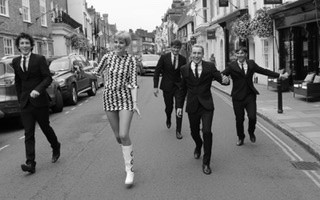 This article has established the influence that Rock and Roll had in the 50s, particularly in relation to the challenging of societal norms, the breaking down of the colour barriers and the challenges to the ‘old class system’.

in the next part of this examination, of the 50s and 60s Boomer years, I will go on to explore the massive cultural revolution that takes place, through the end of the 1950s, and into, and through the 1960s right up to 1970s

I hope that you found this interesting and informative. Do leave your comments and opinions in the reply section below this post. I guarantee to reply within one working day.

Thanks for reading my Blog page.